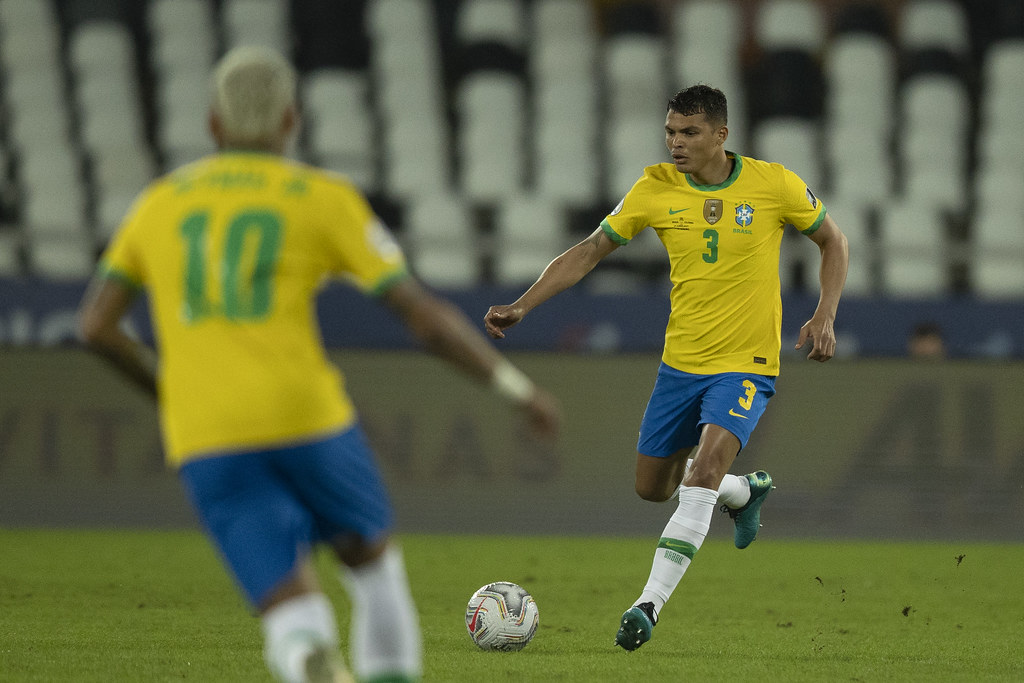 The first round of the 2022 FIFA World Cup group stage is in the books. There were some incredible upsets, impressive performances from the top nations, and plenty of cagey matches.

Here is the first power ranking, where the top 10 will be on this list. This will take into consideration pre-tournament rankings as well as showings in the first round.

Considered by many as the dark horses at this tournament, the Danes could only muster a 0-0 draw against Tunisia. The North African nation had the lion’s share of the support in the stadium, which certainly helped them. Still, Kasper Hjulmand’s men will want to improve going into matches against Australia and France. Winning the group would be of benefit.

One of two teams on this list to lose their opening game, Germany inexplicably threw away a lead against Japan on Wednesday. Takuma Asano’s goal seven minutes from time completed the unthinkable as the Germans lose their World Cup opener for the second edition running. They are now under serious pressure because a loss to Spain next week could see their tournament come to an end at the completion of the group stage as they did in 2018.

The common cliché a win is a win certainly applies to Belgium. Michy Batshuayi was the hero as the Red Devils narrowly defeated Canada 1-0. While it was always expected that they would win, it was far from convincing from Roberto Martinez’s men. It was their opponent who carried proceedings for most of the match. They may have won, but they surely cannot continue to play like that, particularly against stronger opposition.

Cristiano Ronaldo’s penalty midway through the second half sent the Portuguese on their way. A 3-2 success over Ghana allowed them to get the start they wanted. They did not have it all their way, yet they managed to get the job done. Surely their performances will only get better. If so, they just could go far. With Ronaldo becoming the first player to score at five FIFA World Cups, that is a moment that can be used as inspiration for the team.

Another side who won their opening fixture, yet they also had their concerns. Late goals from Cody Gakpo and Davy Klaassen lifted them over African Cup of Nations winners Senegal. Louis van Gaal claimed that this Dutch team is better than the one at their last World Cup appearance in 2014. Time will tell whether he has a point, but for now, they can be happy with their position.

One of the biggest shocks in FIFA World Cup history happened at Argentina’s expense. Lionel Messi seemed to have sent them on their way 10 minutes in from the spot, only for Saudi Arabia to hit back with two quick second half goals to shock the Copa America holders. It leaves Lionel Scaloni’s men at the foot of Group C, and a defeat to Mexico on Saturday would see them get eliminated. Surely, surely we will not see this talented Argentinian team crack under the pressure.

The Three Lions scored and did so often in their 6-2 humbling of Iran to kick off Group B. Five players got on the scoresheet, while they were rarely troubled by the Iranians. Harry Kane is good to start their next match against the United States on Saturday, where a win will send them through. Keeping this goalscoring form up will set them up to go very far.

It was a stunning performance from La Roja as they hit a poor Costa Rica side for seven. All of their shots on target went in for Spain, who showed a clinic in efficiency. They might have just faced the worst team in the tournament, but their performance rightly sent shock waves. Germany should be worried heading into Sunday’s tilt, because if that Spanish team repeats what they did against Costa Rica, we could see a result akin to the 6-0 thrashing Spain gave Germany in the Nations League.

Many feared that this French team would crash and burn in this tournament. When they went 1-0 down to Australia. Yet, they roared back with four goals to win rather easily. It did come at a cost though, as Lucas Hernandez will miss the remainder of the competition following a horrific injury. That adds to an already-alarming list of injuries that Les Bleus have seen. Tunisia and Denmark are to come for the defending world champions, but if the opener is anything to go by, both should fear.

The pre-tournament favourites sparkled in the second half as they got past Serbia 2-0. Richarlison’s acrobatic effort ensured a deserving victory for the Seleção. They still have to take on Switzerland and Cameroon, but with the team they have, there is reason to see them lifting the trophy at the Lusail Iconic Stadium a week before Christmas. It has been 20 years since the last world title for Brazil. They are looking in fine form to do it again.