Brazil is to face Germany in a friendly match leading up to the world cup. The enticing match up with Brazil and Germany will be a staunch reminder of world cup 2014.

No matter how Brazilians try to deny this, playing Germany will no doubt fore them to relive every memory of that 7-1 defeat in the World Cup 2014 semi-final. The fans and supporters have constantly voiced their hatred for the Germans since and will almost certainly never forgive them for humiliating them in front of millions.

This year’s Brazil squad is not that different from the 2014 squad, however, many of the players remain. These two have played countless matches after what happened, but every time they play a match, the 2014 shenanigans are brought back to the surface.

The fight for goalkeeper will be between Alisson and Ederson. Both are effective enough to stand firm in the goal and stop thunderous crosses from Mueller. Marquinhos and Miranda have been playing in the qualifiers leading up to this, however, Miranda should be paired with the mighty Thiago Silva for this game. Silva has been known to anticipate the free kicks of the “German sniper” Toni Kroos. They have matched up for both club and country on countless occasions. Marcelo and Dani Alves ought to compliment the two centre backs in defence. They are both impressive defenders for Brazil.

The Barcelona duo of Coutinho and Paulinho are expected to work well with their club rival Casemiro in the midfield. These three Brazilians did an awesome job in their match up against Russia last week. Having such a fast paced Willian on the wing adds more fuel to the Brazil squad. Gabriel Jesus and Douglas Costa should be the two to play up top with Willian.

Boateng and Hummels should have their work cut out for them with these three leading the front line. Kimmich and Hector should be the other two defenders for the Germans. With the remarkable Ter Stegen in goal, Brazil will have to come up with unique ways of getting the ball past him. He wasn’t the goal keeper in the 2014 world cup game but he is equally as good if compared to Manuel Neuer.

Past Madridista and Toni Kroos will play vehemently together in the midfield. They have been known to distribute the ball well and make some good crosses. Mueller, Ozil and Draxler should also be there as well. However, it will be Werner, who is charged with the task of the sole striker.

Both teams are well equipped and this game proves to be an equal match up. There has never been a dull moment when Germany plays Brazil. Football fans across the world will come to a stand still to watch this spectacle whether it is a friendly or not. The Germans and the Brazilians are no friends, hence this friendly will be just as big as a world cup final. 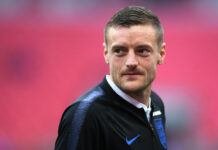