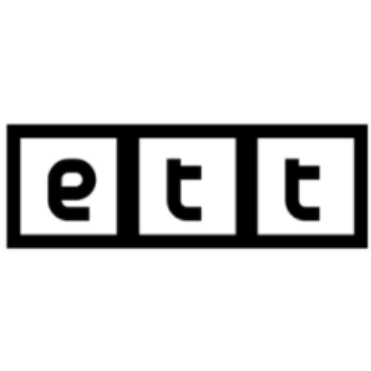 The transfer exodus from the Russian Premier League during the summer transfer window 2022/23 still continues due to the UEFA ban.

The Russian invasion in Ukraine has been ongoing for more than six months, with no sign of a cease-fire or peace talks. As a result, Russia’s national teams and clubs are still barred from competing in FIFA and UEFA competitions. It’s no surprise that the transfer exodus continues. A number of players have chosen to leave Russia permanently, while others have gone on loan to other leagues.

Interestingly, not only the foreign players take the advantage of the rule to suspend the contract from Russian clubs, but also several Russian ones. Some of those are Russian internationals. On the contrary, some players opt to move to Russia this season despite the ongoing suspension.

A number of key players who joined the current exodus already moved out on loan in the second half of the 2021/22 season. They are Polish international Gregorz Krychowiak who signed on loan again to Saudi side Al-Shahab after his brief spell with AEK, Dutch midfielder Tony Vilhena who secured his move to Espanyol but then sent on loan to Salernitana, Swedish forward Jordan Larsson who joins Schalke and the Argentine Ezequiel Ponce who signs a permanent contract with Elche after his loan move in January.

There are also the likes of Czech international Alex Kral, and the Dutchman duo Guus Til and Jarrot Hendrix who decided to leave Spartak Moscow permanently. Kral and Hendrix switch to Schalke and Fortuna Dusseldorf respectively while Til opted to sign for PSV Eindhoven after his six-month stint with Feyenoord.

Surprisingly, four Russian players also choose to leave their country. The most well-known one is Artem Dzyuba. The 33-year-old Russian international agreed to join Turkish side Adana Demispor on a free transfer as a replacement for Mario Balotelli who moved to FC Sion in Switzerland.

It is the first club outside Russia for the senior forward who scored four goals in World Cup 2018. Another one is Magomed Ozdoyev who moved to another Turkish side, Fatih Karagümrük. The other two names are the goalie Stanislav Kritsyuk and the youngster Yegor Prutsev. They signed for Portuguese club Gil Vicente and European regulars Red Star Belgrade, respectively.

In contrast, a few foreign players do not seem to care about the ban. They confidently signed a new contract with Russian sides. Polish international Maciej Rybus, Norwegian midfielder Mathias Normann and the Senegalese forward Keita Balde are the few names who opted for such an unpopular move.

Their decision even cost their national team a call-up. Rybus will definitely be left out by Poland boss, Czeslaw Michniewicz for the World Cup squad due to his decision to stay in Russia and even joined Spartak Moscow instead of other clubs elsewhere. That decision has been supported by the Poland football federation (PZPN) as an act of protest against the Russian ongoing invasion.

Normann also faces the same issue as Norway football governing body supported by the head coach, Ståle Solbakken, will not include him in the upcoming squad for UEFA Nations League fixtures since he switched sides to Dynamo Moscow after his loan spell in Norwich ended.

However, such does not seem to affect Keita Balde. His shocking move to Spartak Moscow after spending most of his playing time in Italy has not been responded to negativity so far by the Senegalese FA. The former Lazio, Monaco, Sampdoria, and Cagliari man might still have a chance to feature in World Cup 2022, should he be able to shine in Russia.

The 27-year-old forward appears to seek improvement in his form to earn his spot in the World Cup squad. Last season, Balde only contributed three goals and three assists in 26 games with Cagliari leading to their relegation. It was a setback compared to his form in Sampdoria in 2021 when he still managed to score seven goals and provided two assists within the same number of matches.