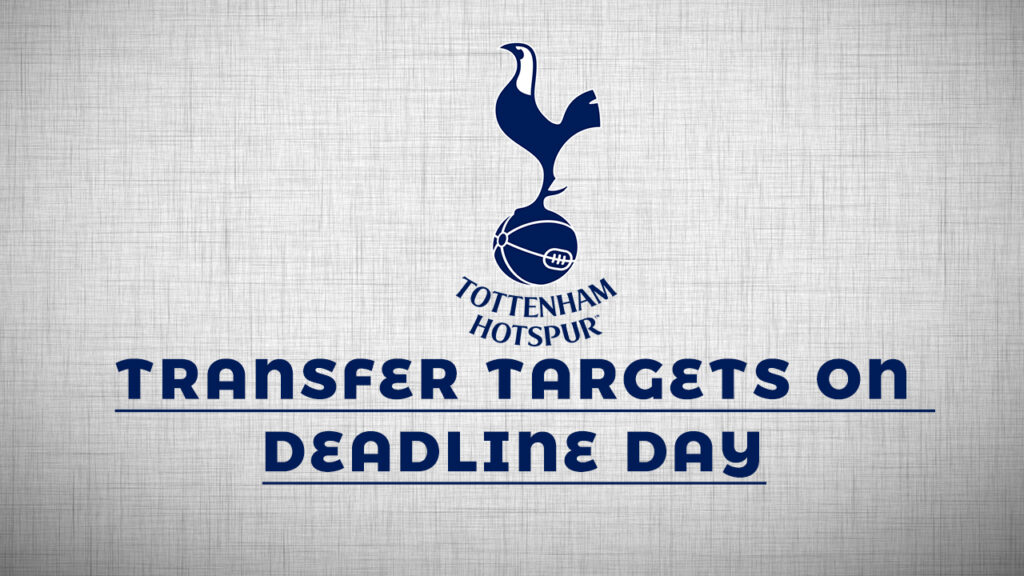 Is this the maddest day of a season, 3 game weeks in, 35 to go a point gap of only 9 between position 1 and 20, quite possibly it is. And even more so when you’ve got that many Daniel Levy sitting in the upper echelons of your club to bring in those signature deadline day deals. Though God forbid we get another Sissoko.As this is the last day of transfer window these are Tottenham transfer targets of deadline day.

The fleet footed PSG right back is all but set to don the Lillywhite. With his work permit issues sorted out yesterday and news of his medical being completed back in France; expect the unveiling to be done later in the day.

This player may divide the fan base due to his prior incidences but his quality on the ball is undeniable and he is a very talented footballer. On footballing virtues alone he is a very, very shrewd signing, on all else, only time will tell.

Jannsen is being linked away and spurs need quality back up for Harry Kane. Llorente 32 years of age, experienced, disciplined and still capable of knocking in 15 goals last season for a lackluster Swansea side.

While not the usual MO for a poch/levy signing his quality could be crucial to the Spurs side and he could end up being a bargain for the 15 million that is currently being touted in the media. The fact that Spurs may potentially be piping Chelsea to get his signature will only add bigger grins to fan faces.

Is he coming or not, the question Spurs fans were asking even before the window started. First Everton set a ludicrous price tag, then we decided to wait until the end of the window and now the lad has picked up an injury which could potentially have him out for 3 months (No confirmation on that though so fingers crossed).

Spurs want him, Poch wants him, Levy likes Poch, a player has talent and wants to come to spurs, and he is young. Everything so far seems good. Expect a last minute push from Spurs unless Chelsea ends up paying an obscene amount to pry him out from Everton.

Mostly fan fiction this one, first a link to Gray than to Mahrez. One rated too highly by the foxes compared to his playing time and the other too expensive and interesting too many clubs to join Spurs.

2 years ago this French sensation just missed out on joining spurs due to what can only be seen as a failed medical to then leave for Celtic for peanuts compared to his cost now. After tearing things up in the Scottish league and bright performances in the Champions league, this is a player that the people at spurs are definitely keen on.

However a transfer this window seems unlikely with no concrete information of contact between the clubs arising.

How mad is Poch about Rose??? Ryan Sessegnon the teen prodigy at Fulham already playing men’s football at 17 years of age could be about to answer that question. If Rose leaves and that’s a big ‘If’, expect this youngster to be in a cab to Spurs HQ.

To Know More About Tottenham Transfer Targets Turn On our Post Notifications to Stay Updated On this Last Day Of Transfer Window.