Facebook
Twitter
ReddIt
WhatsApp
It feels like an eternity since the last time a team came close to dethroning the current reigning champions of Italy, Juventus. It’s an understatement to say that The Old Lady have left an indelible mark on Italy’s most prestigious league Serie A. A lot of people might pinpoint the arrival of Cristiano Ronaldo as the time when Juventus got a further grip over the league. Ronaldo’s arrival made for a very welcoming and challenging atmosphere that sowed the seeds for more big transfers that took the form of Romelu Lukaku, Christian Eriksen, and more. Since then, there have been many revivals and arrivals in Serie A with clubs like Atalanta, Inter Milan and Lazio leading the charge in the category. With competition heating up in Italy’s biggest league, what could Serie A look like next season?

This season has seen some very unlikely clubs step up to the plate to dethrone Juventus. While this season has already seen Juventus being tested seriously, it’s very likely for it to be more intense as clubs like Inter Milan and Atalanta could strengthen their squad this summer. The stats back the extent of competition this season. In the 2018/19 season, Juventus managed to finish 11 points ahead of the runners-up spot and an impressive 21 points ahead of both Inter Milan and Atalanta.

The Italians Clubs have shown a real eye for talent in recent years, with Atalanta, putting together a squad with some very underrated talents like Duván Zapata, Papu Gómez, Josip Iličić and more, while Inter Milan have signed the likes of Lautaro Martinez, Diego Godin and more. Those names are just a part of a long list of names that have seen their stocks rise massively this season. The recruitment could be smarter this summer as the race for the Scudetti heats up.

The number of Italian young talents has only grown in recent seasons with players like Gianluigi Donnarumma, Federico Chiesa, Nicolo Zaniolo, Alessandro Bastoni, and more, met with exuberance for their performances this season. The number is only expected to grow. This could be a sign of another Italian revolution.

The last few summer transfer windows have set the tone for recent ones, with Juventus signing Cristiano Ronaldo. And this alone lured more superstars to join in like Romelu Lukaku, Christian Eriksen, Alexis Sanchez, Henrikh Mkhitaryan, Achraf Hakimi, etc. This window has already seen Victor Osihmen join Napoli in a record deal, and Jan Vertonghen has shown interest in a move to the Serie A. This list is only going to grow.

There have numerous goalscorers this season with both and Cristiano Ronaldo and Ciro Immobile leading the front with over 30 goals in the league alone this season. A conspicuous absence shall be Duvan Zapata who missed some games due to injury but has still managed 18 goals in Serie A this season. This season has seen four players cross the 20 goal mark in the league, leading one to speculate an exciting race for the Capocannoniere next season.

This season has already seen an intense title race, with Atalanta, Lazio, and Inter Milan posing a threat to Juventus’ title bid. One of the other clubs that have shown real signs is AC Milan. While the start of the season wasn’t a convincing one. Their rise since the return of Zlatan Ibrahimovic has seen a rise in the entire team’s stock. This should give a glimpse of what Serie A could look like next season.
Serie A is still far from its absolute best but all signs are pointing towards a bright future with more Italian prospects and quality teams. Next year’s Serie A is set to be exciting, with potential upsets. You could use an online sportsbook to bet on next year’s Serie A and more. 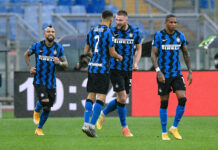