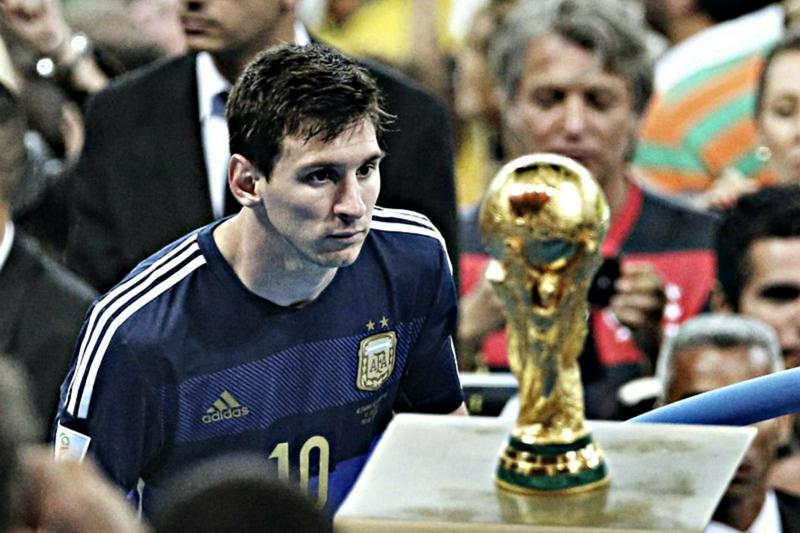 The group stage is complete at the FIFA World Cup. Half of the teams that started this year’s tournament in Qatar have been eliminated. Time to look ahead of the business portion of the competition, where it truly becomes do or die.

Here are the latest power rankings, which will include all 16 teams remaining in the tournament. This will take into consideration group stage showing as well as pre-tournament odds.

Maybe the most disappointing of the sides that progressed from the group stage. Their victory against Saudi Arabia was the only match where they scored across the three matches. In fact, the Poles, along with the United States, had the least number of goals scored of the 16 left in the tournament (2). Wojciech Szczęsny saved two penalties, which is a large part as to why they are still left.

In their way are the defending champions France, who will go into this match as heavy favourites. The performances from the Poles have not convinced, and will need quite a bit of luck to get past Les Bleus.

A very effective team, the Socceroos found the back of the net once in each of their group matches. In two of the three matches, it was all they needed as they topped Tunisia and, more surprisingly, Denmark to progress.

In what is only their second showing at this point of a World Cup competition, they will have their work cut out for them against one of the pre-tournament favourites in Argentina. Just do not count them out quite yet.

The African Cup of Nations winners managed to turn around a bad start to their tournament. Following defeat to Netherlands in their first game, the Lions of Teranga roared back with victories over hosts Qatar and an impressive Ecuador team to move on.

Standing in their way next is England. Ambitions will be high on the West African country, who returns to this stage having failed to pass the group stage four years ago. This team has improved though, so watch out for them.

Always a tough nut to crack, the Swiss did what was needed and nothing more. Defeats of Cameroon and Serbia was sandwich by a narrow reverse late on against Brazil. All three games in the group were decided by one goal, highlighting just how tight matches are against Switzerland.

Portugal will have their hands full against Murat Yakin’s side, who is looking for a first quarterfinal appearance since they hosted the World Cup back in 1954. There may be no better time than now for Switzerland to make a run.

When the going got tough, the Koreans did what was needed to get past a tricky section. Hwang Hee-chan’s 91st minute winner against Portugal got the Taegeuk Warriors through at the expense of Uruguay and Ghana.

The AFC team will have to show their true mettle against Brazil, who was able to rest their starters during their last group match. This is a different level of competition than faced in the first stage. Then again, beating the best team in the group to get this far, who is to say they cannot cause some more shocks?

The only reason why the Americans are not ranked higher was their lack of goals in the group stage. With just one goal against Wales and Iran, that is not a promising number for Greg Berhalter’s men. The upside? They only let in one goal in that period. What’s more? They went unbeaten in the group phase.

The only surviving CONCACAF members face Netherlands to kick off the knockout stage. Another valiant effort will be required to progress against a talented Dutch side. The United States is in a decent position to get through. Question is, will they be able to do so?

They were not phenomenal for most of the opening stage of the competition, but the Croats were decisive when it mattered most. A pair of 0-0 stalemates along with a 4-1 dumping on Canada saw the 2018 finalists finish second in their section.

They will take on Japan in their round of 16 clash. While they may be happy to have avoided Spain, Croatia will be in for a tough task against a resilient Japanese team. This will not be a walk in the park.

Watch out for Morocco. They had excellent support in the stadiums throughout the group stage. Wins over Belgium and Canada plus a draw against Croatia saw The Atlas Lions concede just once. This squad is bursting with talent, and should they play their cards right, they could make a serious run.

The one problem for Morocco is their next opponent, Spain. After winning your group, receiving La Roja in your next match is rather unfair. Yet, there should be plenty of belief within the Moroccan side that they can better the Spaniards.

The giant killers are back and in quite the form. Hajime Moriyasu’s charges completed the unthinkable twice. They managed to come from a goal down to beat Germany and Spain. It is a remarkable achievement for the Samurai Blue, who has let in exactly one goal in each game.

In their seventh successive World Cup, they now face Croatia. This is their chance to finally break past the round of 16, something that has eluded them on every occasion beforehand.

They won Group A without losing, but performances have not been stellar from Louis van Gaal’s Netherlands. Wins over Senegal and Qatar plus a draw against Ecuador did the trick for the Dutch. In-form PSV attacker Cody Gakpo scored in each of the matches, gaining even more attention than before.

A defensively solid American team will be the next task for De Oranje, who have finished on the podium in their last two World Cup finals appearances. Thrice have they fallen in the final. Could this be their year?

While they may have thrown away a lead against Korea Republic in their last match, it is hard not to see Portugal as a legitimate favourite in this knockout stage. They did squeak past Ghana before impressing agianst Uruguay to top Group H. Cristiano Ronaldo became the first player to score at five FIFA World Cups, which can be seen as an inspiration for the Portuguese as they continue into the knockouts.

Os Navegadores face Switzerland in the round of 16. In their seven previous World Cup showings, Portugal always reached the semifinals when they recorded two wins or more. Since they already have two victories under their belt, will that stat continue for Fernando Santos’ side?

Gareth Southgate’s Three Lions have the joint-most goals of the 16 teams left with nine. Those all came in comfortable wins over the Islamic Republic of Iran and Wales. The US is the only team to have kept England out so far. They are one goal away from double digits, which bodes well historically. In the two World Cups where they found the net 10 times or more, they went on to win in 1966 and finish fourth last time out.

Senegal is the next opponent for the English, who have their sights set on improving upon their semifinal defeat to Croatia in Russia back in 2018. The side has quality all over the pitch, but it is now a matter of staying consistent and getting the job done.

La Roja failed to build on their 7-0 demolition of Costa Rica in the first match round. Despite leading versus both Germany and Japan, they failed to hold on, drawing to the former and losing inexcplicably to the latter. So, instead of topping their section, Luis Enrique’s men had to settle for second.

That leaves the Iberians with a fascinating tie with Morocco. In what is a repeat match from the 2018 World Cup, the Spaniards will be in for quite the match. Back then it ended 2-2, with Spain having to come from a goal down twcie. With Morocco improving considerably since, La Roja will have to be at their absolute best.

There is no better way to bounce back from one of the biggest upsets in World Cup history than winning your other two games without conceding. Lionel Scaloni’s Argentina stepped up when it matter most and produced three halves of quality football to recover from their mishap.

La Albiceleste will once again have the favourite role against Australia. It would be another incredible scalp should Argentina fail to defeat their AFC counterparts. Should they keep the performances up, they are a solid shout to claim their third world title.

Les Bleus had the luxury of resting their starters for the last group game against Tunisia. While they did fall 1-0, it posed as no consequence to Didier Deschamps’ men. Wins over Australia and Denmark gave them top spot in Group D.

Next for the defending champions is Poland, who has rarely impressed in this tournament. Les Bleus did lose their only World Cup meeting against the same opponents back in 1982, that match being the third place playoff. Expectations will surely be high for France to get past this stage.

Like France and Portugal, Brazil was already through after two games. Despite a defeat at the death by Cameroon, that did not stop the Seleção from winning Group G. We know that when they are at their best, Brazil is a fun team to watch, and were justifiably pre-tournament favourites.

Now they face Korea Republic, who pulled off a stunt to get to this point. They have never met competitively, but it goes without saying that the record world champions are expected to progress here. A fit Neymar and more goals, it is nearly impossible to look past this side.