With a physical and progressive new style, the Hammers will be difficult to knock out of the top four. The club’s recent successes have been in part to Declan Rice‘s superb form as he continues to put up quality performances.

He’s been a hot prospect for the past few years, with plenty of interest coming from the likes of Manchester United and Chelsea in the past. Although the rumours have died down since then, Declan Rice’s time at West Ham could be coming to an end; he could very well be in demand again when the summer comes along.

Who Could Replace Declan Rice at West Ham?

The Type of Player Needed

West Ham plays mostly in a 3-4-2-1 formation, utilizing their aerial presence and physicality to initiate counter-attacks. Because their system involves attacking from wide areas through their wing-backs, Rice’s role alongside Tomáš Souček is crucial to their success. With the Czech dominating mostly in the air, Rice is effective in cutting out passing lanes and winning duels on the ground. His protection of the defence gives the forwards confidence and freedom to take risks in their buildups.

Considering their success in this setup, David Moyes would most likely want to acquire a player who is both an effective ball-winner and reliable in possession. This player would have to make up for the stats of the 21-year-old Rice, who’s 2nd in the league for combined tackles and interceptions (124), 3rd in tackles won (49), and is 2nd in dribble success percentage (86.7%).

Losing a player like him could be costly, but that problem would be fixed with the right recruitment. Here’s a breakdown of some of the best candidates to fill in for Declan Rice at West Ham.

In a season littered with negatives for Scott Parker’s Fulham, midfielder Andre-Frank Zambo Anguissa‘s certainly been one of their few bright spots.

In 27 Premier League matches this season, he’s currently 3rd in successful dribbles (71), 5th in combined tackles and interceptions (107), and 5th amongst defensive midfielders for passes into the final third (108).

The 25-year-old Cameroonian is underrated with excellent physicality and technical quality. One of his strongest attributes is his dribbling, where he’s brought on stylistic comparisons to Paul Pogba and Tanguy Ndombele. He tends to use short passing combinations in build-ups but also tends to hit accurate long passes. In defence, he’s a strong tackler and has good anticipation when marking and in cutting off passing lanes. His speed and strength make it difficult for the opposition to win 50-50 duels against him.

Zambo Anguissa is more offensive-minded than Declan Rice in some aspects. The Cameroonian is progressive and likes to get into attacking areas often, taking risks in his dribbles and his passes. The England international is more conservative and rigid, opting to maintain possession and dribble when necessary. You could characterize Zambo Anguissa as more of a box-to-box dribbler, where Rice is more of a traditional holding midfielder.

Switching out one with the other would essentially give West Ham a greater threat going forward. Zambo Anguissa’s combination of attacking flair and defensive prowess would add an intimidating and exciting dynamic to the squad.

One of the best midfield prospects in the Netherlands, this powerhouse of a midfielder would add a scary element to West Ham’s midfield.

The Ivorian is unique in that he can contribute in defence and on the attack with the same effectiveness. With his ball-winning build and his accurate long-range passing, he’s stylistically a mixture of Wilfred Ndidi and Paul Pogba. Surprisingly nimble for his size, his quick feet allow him to move and cover ground quickly. He’s dominant in the air, physically imposing, and very strong on the ball and in his tackles. This player is keen on constantly moving the ball to transition quickly from defence to attack.

Compared to Rice, Sangaré is a ball-winning playmaker version of him. The Ivorian has the edge with his agility, speed, and ball-playing ability, acting more than just a holding midfielder. Being more effective in aerial duels, he would partner well with Souček and consistently win those challenges.

One major factor to consider would be his lack of exposure to Premier League competition. He’s proven himself in Belgium and France earlier in his career, but playing in England would be a different test. For a player with a well-rounded skill set like his though, it would be well worth the risk.

Being the most attack-minded player of the candidates, Manuel Locatelli’s creativity separates him from other players in his position.

Plying his trade with Sassuolo in the Serie A, Locatelli is first in the league for total passes completed (1601), first for passes into the final third (181), and 2nd in combined tackles and interceptions (97). Amongst midfield players, he’s 3rd in total blocks (45), 4th in tackles won (37), and 11th in total key passes (28).

The 23-year-old midfielder is an impressively energetic player with loads of potential. He’s a great tackler of the ball, especially in his slide tackling where his timing is impeccable. For a defensive midfielder, he has great creative abilities and can distribute the ball in a variety of ways. When on the ball, he has good close control and can break away from defenders quickly.

If West Ham were to consider him, he would certainly offer much more creativity to the side than Rice. Locatelli thrives on circulating the ball and orchestrating plays, while Rice is usually comfortable playing safer passes. But because the Italian enjoys possessing the ball, he could be restricted at West Ham. For a player that wants to have plays go through him, their defensive system could hinder his productivity.

Because of this, Locatelli is the riskiest candidate tactically. Apart from the fact that he would need to conform and adapt, he possesses such a unique talent. For a player who can split defences with passes and shield the backline, he could act as the fulcrum in West Ham’s attacking build-ups. 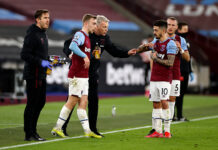 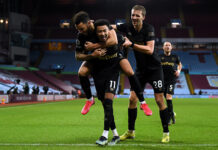